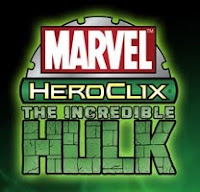 Incredible Hulk boosters feature 51 new figures. Included are the Incredible Hulk and his arch rivals Abomination and The Leader, as well as sub-themes from Planet Hulk, World War Hulks, Fall of the Hulks, and the new Fantastic Four. Booster cases (20 packs) are $159. Booster bricks (10 packs) are $89.

Each Marvel HeroClix: Incredible Hulk Fast Forces pack includes six figures (with never-before-seen dials, powers, and abilities), a map, and dice. Fast Forces packs are available individually for $14 or by the case (16 packs) for $199.

We are now acceptin orders for 2011 Panini Adrenalyn XL Football boosters and rack pack boxes. The new set is expected to ship no later than October 19th.

We are now accepting pre-orders for the next Yu-Gi-Oh expansion, Photon Shockwave. The new set is scheduled to ship on November 15th.

Booster boxes are $59. Booster cases (12 boxes) are $679. Konami has been selling out of all Yu-Gi-Oh booster products, so order early to ensure you don't miss out!

Photon Shockwave gives Duelists 100 new ways to power up their existing deck or build an exciting, brand new one. Duelists who bought the Lost Sanctuary deck will be thrilled to find more than 10 new Light monsters, spells, and trap cards to power up their Light monsters. Fans of Generation Force, Hidden Arsenal 5: Steelswarm Invasion, and the Gates of the Underworld structure deck will also be glad to find all new cards that work together nicely with cards from any of those releases. The set includes 100 cards (48 commons, 20 rares, 14 super rares, 10 ultra rares, and 8 secret rares.

You are the Captain of a small Starship with a standard crew and basic weaponry. Will you use your crew’s experience to improve your ships systems or to recruit more experienced crewmen to your ship? Will you form diplomatic relationships or conquer civilizations in battle?

Build your deck and explore the Star Trek universe! Scenarios include Exploration (Free For All), Klingon Civil War (Teams), and Borg Invasion (Co-Op). The game includes 300 cards, 5 twenty-sided dice, and a game manual.

The new Legend of the Five Rings expansion, Second City, is expected to ship on September 12th!

Second City is the last Celestial Edition expansion, and the second that is legal with Emperor Edition. The set includes 156 new cards. Starter decks feature the Dragon, Mantis, and Scorpion clans.

Topps' latest Garbage Pail Kids set, Flashback Series 3, is scheduled to arrive the first week in November, but Topps is already asking for our final order!

Arbox informed us this morning that the release of the Harry Potter and the Deathly Hallows Part 2 Autograph Edition set has been delayed.

We originally expected to ship pre-orders by August 10th. However, Artbox won't be shipping the product until August 12th at the earliest. So, we now expect to ship pre-orders no earlier than August 19th. We'll post any further news as soon as we receive it.

If you are still interested in purchasing Deathly Hallows 2 Autograph Edition boxes, email us at sales@potomacdist.com, and we will contact you if we are able to find additional boxes once the product is released. (Artbox is already sold out!)  ¶ 11:33 AM 0 Comments